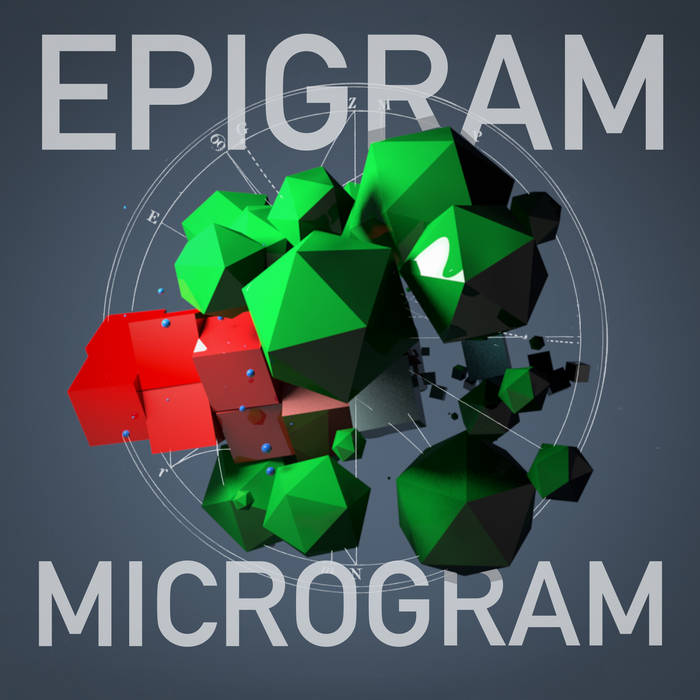 Recorded in 2002 and finally released "from the vaults", EPIGRAM / MICROGRAM (CZ) is a small expedition to the heart of a synthesizer and creative monomania. All seven tracks use nothing but the sounds of the Casio CZ-101, with its characteristic digital fizz and shimmer, to create spacey instrumental synthscapes.

While the album has just one sound source, each track explores one compositional idea - they are not conventional song forms, but "aphorisms" driven by an attention to texture and harmony. For example, "Things You Can't Hear, Things You Can't See" is concerned simply with one chord incrementally melting into another. On "Theme and Deviations" the harmony shifts sequentially through every key. They're studies - tiny journeys into what happens, artistically, when you restrict the material and focus the beam of the working methods. A kind of sonic microscopy.

The CZ-101, toy-sized but curiously powerful, all-digital but oddly warm, is the shy child of a somewhat grander 20th century synthesizer experiment. Its origins lie in the work of Isao Tomita, whose most famous album was Snowflakes Are Dancing (1974), a post-Wendy Carlos smash hit collection of pieces by Claude Debussy played on Moog synthesizers. He took the decision to embrace digital technology in the early 1980s and asked Casio to develop something new for him. The result was the cutely named "Cosmo Synthesizer" system, which made its debut on Tomita's Dawn Chorus / Canon of the Three Stars in 1984.

The domesticated version of this instrument, the CZ-101, appeared shortly after. It's an appealing instrument: small, cheap, rich with potential for strange new sounds, fiddly to program in an enjoyable sort of way. You can run it off battery power. Vince Clarke bought tons of them. Its "phase distortion" algorithms and unusual eight-stage envelopes give it a distinctive voice. It can buzz and moan, or sing glassily.

These tracks were written on eight-track tapes in my extremely modest studio, immediately after I escaped from my degree in classical composition. You can still hear the murmur of my interest in minimalist music running through them, but perhaps also an echo of the quirky electronica that was around at that time, courtesy of exciting labels like Planet Mu and Tigerbeat6. I re-recorded the album into ProTools, mixed it, gave a few homemade CD versions to friends, then forgot all about it.

This year, I was reminded that this stuff exists through conversations with Kerry Yong, a virtuoso pianist who also specialises in brilliant performances of high- modernist music on a variety of Casio synths. Now seems as good a time as any to release it. Perhaps it will shed some light on the musical genesis of the first few tracks I released under the name Simon Bookish, which followed the completion of this album, breaking away from my fascination with process music rather more decisively. With an eleven year gap, I feel able to be relatively objective about this music; I like its modesty and small scale. And I like those cosmic noises. Science fiction. Cosmosynth.

Written, programmed and performed by Leo Chadburn.
Additional production and mix by Tom Haines.
Art and design by Daniel Kluge.

Featuring Gary Bartz, 5 years of Rhythm Section Intl and an LP of the week by Nicolas Jaar